How to Awaken Mooladhara Chakra

“Yes we cannot afford to be not precise”

Certainly some precision and one-pointedness is needed in the work of the expansion of consciousness. But if you mean by “precise” as in clinging to a certain one-sided understanding as to how things should be, then that is as far away from having any amount of clarity as possible. If you look in certain traditions, they will say that there are 72,000 nadis in the subtle body. If you look at other traditions, they will say that there are 300,000 nadis in the subtle body. Some will say that Ajna chakra is indigo, others will say that it is orange. Some will say that the three primary nadis - the ida, the sushumna, and the pingala, all originate frmo the manipura. Others will say that they originate from the muladahara. You have to understand that all of these various models have been created, not for you to grasp onto them as though they were absolutes, but just to help assist you in accessing your own inner dimension - they are methods for awakening different aspects of your own consciousness. Whether you are concentrating upon a mantra in Pali, or Sanskrit, or Prakrit, or Hebrew, that is not the essential phenomenon. What is essential is that you create a whole range of correspondences and associations in the mind. That is how a symbol - which means nothing in itself, suddenly becomes an instrument for transformation. The moment the mind creates a link between a symbol and an idea, now that symbol becomes a representative of that idea. So this whole system has come into being as an effort to assist you in awakening different aspects of the energy of your own consciousness. “Precision” as in having an attachment to a particular model, is not the kind of precision that is needed. What is needed is that whatever model you are using - you use it with a certain amount of dedication, one-pointedness of attention, and intensity.

just a small question…
ive been reading all this taoist stuff about squeezing this point bettween your anus and your scrotum to promote health and keep your semen in and awaken your kundalini and so on…
my question is
how do i go about combing it with asanas?
specifically
should i hold it on the breath in or the breath out? or just hold it all the time?
if i sit and watch a movie should i just clench it constantly or pulsate it???
thankyou

There are various mudras and bandhas which are intended for the purpose of stimulating the muladhara chakra and bringing various life energies into it. These are ordinarily to be practiced during sitting pranayam, not during asana. In fact, they were designed to be practiced in a sitting posture. It should be important to remember that most of the various asanas that you have today are just inventions at a much later time, originally the word “asana” simply referred to the seat in which the yogi would be sitting - either for pranayam or for meditation. There are various specific sequences of breathing techniques which are to be practiced combined of followed with mudras and bandhas, which are for the purpose of awakening kundalini.

I think It is a hard process …

That is simply the borrowed nonsense that you have imported into your mind. If you were speaking out of one’s own scientific exploration, you would not have said such a thing. If you mean by “cleaning yourself” the practice of purification of the body through kriyas, then it is not really the case. One can experience samadhi without all of those techniques of purification of the body. All of those methods were just created as aids to help the transition into meditation. One can sit immediately for meditation without all of those preperations - but one will have to deal with the same obstacles directly through the mind without the aid of the body.

As far as samadhi is concerned, it may be almost impossible to believe, but the average person has already experienced samadhi several times before - although they may not have been aware of it in the moment because they were not alert. If you are sitting in a resteraunt and a waiter walks by and drops the plates - shattering them, just from the shock for a brief moment or two, the activity of the mind has come to a cessation, and you are in a state of pure consciousness. Or, if you are entering into a forest, and you think you are safe and secluded, and suddenly you become attacked by a wild animal - again, just briefly, just from the shock the activity of the mind has become still - and you are in a state of pure awareness. Like this, there are many instances where samadhi does arise, although one fails to recognize it because one is not paying attention. Usually it happens when one is shocked spontaneously - because in such moments the mind breaks free of it’s ordinary habitual patterns. That is why in Zen, the master will strike the disciple at the right moment with the right understanding. It is not out of violence - it is to bring into your perception the same experience, and experiments have shown that millions of disciples have become enlightened through such methods.

As far as awakening of Kundalini is concerned, there are many ways besides just kriyas - some of which involve methods which are even more dangerous than the ones which are ordinarily practiced. And sometimes, without any practice, one can experience a Kundalini awakening - although it is a rare event.

Drop all of this dogmatism as to how things should be done. In the spiritual sciences, there are as many different methods and approaches as one can conceive, all a finger pointing to the moon.[/QUOTE]

What you say about the zen that the teacher hits you is to make you come back to now and not daydreaming which is common to most people.

Why do they make you come back to now? because to cease the mind from making mental movies and imagination. As we all have read from patanjali moksha/nirvana happens when there is no mindactivity no vrittis. So to reach there we need to stop our mind to make mental movies. If you meditate you will be able to stop your mind but the rest of the day you let your mind run wild. So this is the reason for being in the now. to cease the mind to overpower you. and eventually we might reach the destination.

When you say millions have been enligthened im intrested of knowing in which era/yuga you are meaning? Why didnt we hear of it? Millions getting self realized is a very big thing.

its not the anus… its the perineum area… search about that

[QUOTE=fakeyogis;74693]What you say about the zen that the teacher hits you is to make you come back to now and not daydreaming which is common to most people.

Why do they make you come back to now? because to cease the mind from making mental movies and imagination. As we all have read from patanjali moksha/nirvana happens when there is no mindactivity no vrittis. So to reach there we need to stop our mind to make mental movies. If you meditate you will be able to stop your mind but the rest of the day you let your mind run wild. So this is the reason for being in the now. to cease the mind to overpower you. and eventually we might reach the destination.

yes that hits that master gives you is normal in traditional and original guru-chela traditions, most ocidental people thinks ‘oriental spirituality’ is ‘cool’ , is ‘nice’, is like ‘hippies dream’ … WAKE UP !:evil: , its nothing like that… probabily if you find any guru/master that treat you like a “teenager lover” probabily he only wants your money or have nothing else to say to you as obvious setences as ‘life is beautiful’, ‘need to love everyone’ thats just to bootlick no real wisdon =p… true master will be very hard to handle, thats the best eficient way… I saw may westerns come to india and be disapointed to guru because real guru is very rigourous and ‘heavy’ , 'guru need to be heavy to lead into maya samsaras ocean"… some powerfull master can also teach into silence, only tru exemples… thats real too

Regarding the location of the chakras, the above discussion would benefit by considering the arohan and awarohan psychic passages in the body as described in Kundalini Tantra by Swami Satyananda Saraswati 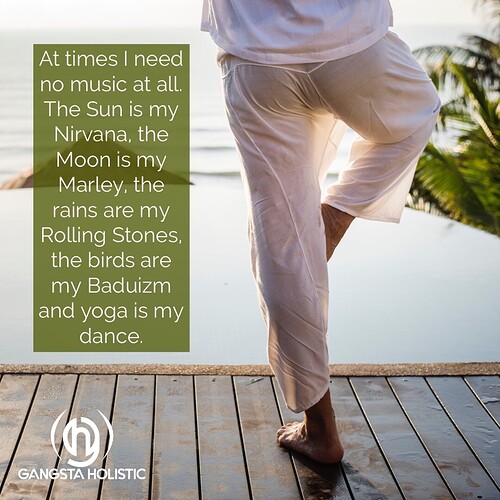